How much does auto parts know

The automotive industry is an industry with a long industrial chain. We all know that the assembly of a car needs to be completed successfully through cross-manufacturers, trans-regional, and even cross-border cooperation. It is possible that the engine comes from Germany, the electrical instrument accessories come from Japan, and the lamps come from China. Perhaps we will have doubts about the question: Why are auto parts not manufactured by vehicles? Is not that more cost-effective?

This is not the case. Many multinational auto parts companies have developed toward the international level. European auto parts manufacturers have invested overseas to carry out international production; North American auto parts manufacturers have invested in Europe, but also want to expand the Eastern European market; Japanese auto companies also continue to establish their own branch production facilities in the world. The emerging Asian market is the focus of competition among multinational auto parts companies. China is even more of a must-see. This is precisely to reduce costs and occupy more market share markets. 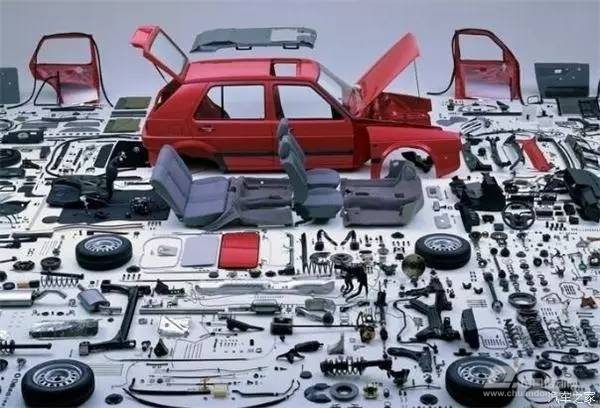 What are the car manufacturers producing?

To figure out why automotive parts are not complete vehicle production, we must first understand what automakers produce. The vast majority of manufacturers are mainly responsible for designing automobiles, liaising with suppliers, carrying out automobile reliability, safety tests, and tuning components that need to be tuned. The production mainly produces sheet metal parts, some plastic parts, some rubber parts, and carries out welding and painting and assembly of all parts, and finally carries out automotive testing. There are also a few car manufacturers that have the ability to produce engines, transmissions, and suspension systems.

We will find that many auto manufacturers have even car engineering, design, and even software calibration, as well as engines and transmissions that other companies do, not to mention airbags, seats, steering wheels, and air conditioning systems, car keys and other small parts. Is it because the car manufacturers do this because there is no such ability? Or for other reasons?

The separation of the entire vehicle from the production of parts and components and the separation of production of parts and components has its own specific causes. The first reason is to reduce the risk of corporate capital. From car design to production to final listing, it is a very large project. For companies, the more links involved, the more capital they invest, the greater the overall risk. Once there is a problem at one point, the more capital that needs to be injected continuously to solve the problem. This creates a huge risk to the entire industry once the capital chain is tight or broken.

Another point is that once there are certain issues involving safety, emissions, national regulations, and the need for large-scale recalls of cars, in this case if the parts are produced by car manufacturers, then all recalls bring huge costs. And the compensation will require the auto manufacturer to bear it. The huge recall costs caused by many big problems are very fatal to the company. If there is a problem with supplier parts, then the cost of the entire recall will be borne by the supplier and the company. This situation will effectively reduce the capital risk of the company.

Another advantage of adopting suppliers is that they are conducive to quality control. If parts are manufactured by their own manufacturers, then there is a situation where the production department will force the design department to introduce new equipment or change the design plan and reduce the difficulty of production. Naturally, this is not conducive to quality control, and the quality control of internal companies is also difficult to match with the cooperation between companies.

The use of suppliers, as long as the request can be, and if the supplier can not meet or the price is too high, then a supplier can be changed. And suppliers are much more difficult to overcome than corporate departments. In addition, enterprises can also control the quality of suppliers to the supplier's corporate quality control, and regular inspections to monitor the quality of suppliers, the need for human and financial resources is also very small, is conducive to product quality control and assurance.

The relationship between "zero" and "entire"

According to statistics, the relationship between China's vehicle manufacturers and their counterparts is complex and unequal. Vehicle companies are usually in an absolute dominant position. Most of the supporting companies are dependent and subordinate. "There is a certain historical reason for the flawed status of the zero relationship in the automotive industry," Yan Jianlai, deputy secretary-general of the China Automobile Engineering Society, said in an interview with reporters. In the era of planned economy, China’s auto parts companies and auto companies are subordinated to form the absolute dominant and dominant power of the entire vehicle company. After the reform and opening up, with the rapid and vigorous development of private enterprises, a large number of small and medium-sized autonomous auto parts enterprises have emerged, but the status quo of the “universal” vehicle company has not been improved, and parts and components companies are still at a disadvantage in cooperation. status.

According to Li Shengqi, secretary general of the China-European Association’s Gear Transmission Industry Branch and the China Automotive Automatic Transmission Innovation Alliance, the current zero-relationship in China is a typical price-oriented relationship. Vehicle companies, as the demand side of the industry chain, pay more attention to the price of the product. Instead of value, it leads to the homogeneity of competition among parts and components companies, and it is difficult to achieve positive innovation in the industry.

First of all, the entire auto industry should reverse the current concept of operations and cooperation, and drive component companies to shift from price competition to value competition, from product competition to brand competition, from quantity to quality to win, and to promote industry from manufacturing to creation. The realization of the Lord. “Autonomous vehicle companies and parts and components companies are the interests of the community. In the increasingly fierce competition in the automotive market, we must abide by the spirit of enterprise and establish a healthy and healthy development of strategic cooperative partnership.” Li Shengqi said.

Secondly, Li Shengqi emphasized that vehicle companies and parts and components companies should achieve four synergies. Even if there is synergy, vision synergy, value cooperation, and strategic cooperation, this is the basis and important support for improving the relationship between China's autonomous vehicles.

The only forest is not a forest. The automobile production system is very large, which requires the upstream and downstream companies in the industry chain to cooperate fully and cooperate fully. With the continuous deepening of economic globalization, cooperation has become more and more important. Vehicle companies and auto parts manufacturers perform their duties and go hand in hand, and the auto industry will be full of vitality.